Skip to primary content
Times are changing, and so are we. Our society may inadvertently crave its own demise. We may even be driven toward it, but that does not mean we have to go along with any agenda that presents itself. We must become aware of what is happening all around us. We shouldn’t turn a blind eye to the reality of the very real problems that will affect future generations. However, awareness is only the first step, we must openly acknowledge the dangerous path that we have chosen… More importantly, we must observe and analyse recent events in order to fully understand their implications.

Prior to civil and/or military action, particularly when the risk of ethnically motivated attacks or retaliation is high, some embassies prefer to quietly withdraw important diplomats and dignitaries. In other words, shits about to hit the fan folks…and the ‘military coup’ in Turkey following Nice is only small evidence of this.

Africa: Uganda’s Foreign Affairs ministry said on Wednesday that several embassies and organisations have evacuated their staff and citizens from South Sudan to the country following fighting between two rival factions in Juba. The Indian Air Force is carrying out an operation to bring 300 to 600 Indians home. Germany, other EU countries and Japan are also making moves to evacuate its citizens from the country.
Turkey: The consulate said in an email to German citizens that both facilities the consulate and the nearby school, Deutsche Schule Istanbul would stay shut as a precaution. This followed what it described as a “warning that could not be conclusively verified.” It also urged German citizens to stay away from the area.
France has closed its diplomatic missions in Turkey’s largest cities until further notice after receiving a threat against planned celebrations for French National Day. France’s Istanbul and Izmir consulates and its embassy in Ankara and their events to mark Bastille Day on July 14 have been cancelled.
On an unrelated note, hackers in Pakistan deface the websites of seven Indian Embassies and one police station. 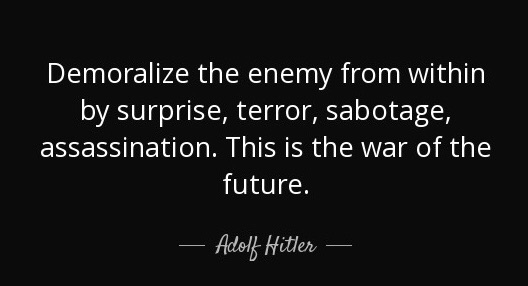 When the leaders of the people choose the side of an oppressing force, they no longer support the rule of the people. Not even for the sole purpose of maintaining appearances. Their power over the people becomes that which threatens to destroy them both, instead of liberate them. As seen in France, Germany, Austria and any other country that now has a migrant population of hundreds of thousands, their leaders are fixated on controlling elements of society that they have power over…rather than to tackle the issue at hand, over which they have no influence whatsoever.
The leaders of the West are so preoccupied with maintaining control through media blackouts, but there are things like Nice that’ll always be too big to censor. For example, the Bataclan massacre. The nightclub was hit before Nice had a much greater impact on French law enforcement… It is not everyday that they see their young people horrendously tortured, castrated and defiled before being executed. More importantly, their postmortem analysis suggested the victims testicles were placed in their mouth before death.

Why does no one dare to name or speak up about the threat that we are facing? Firstly, the first person that shall paint us a real picture of the situation will die. They will openly make themselves an adversary of anyone that shares more radical views. Secondly, they are not allowed to explain who and what the real problems are, if they are aware of them. Leaders, such as Merkel, are so detached from society that they continue to believe the problem is one of socio-cultural integration. They fail to acknowledge that with every mass migration, there is always a percentage of people that will not ‘assimilate’ into Western society… They expect it to bend to their will. Contrary to popular belief, the number of migrants that are prepared to accept the rule of democracy alongside Sharia Law is comparably smaller than advertised. Moreover, the idea to close the borders in the EU has become the equivalent of burning the Schengen Agreement. An agreement that offers no protection from an Islamic Revolution, unless it is revised to benefit all EU member states equally during the time of this crisis.

Lastly, when deportation costs 250’000 for every 3 people that occupy an entire plane by themselves on their way to Syria, the subject cannot be a part of an actual political debate for long. Defrauding the people has been common practice for thousands of years, but even if they stockpiled all the money in the world…It cannot safe them this time. Deportation of all illegal and law-breaking migrants could save the EU, yet for some reason, they have not even considered this option. Instead, we are facing the gradual collapse of a United Nations project that will in an likelihood set the foundation for a global islamic state…

Contrary to popular belief, Russia is on the side of the people of Europe. If all goes well, they may even be able to curb the short-sighted nature of countries that are currently plotting against them. However, that has never stopped Russia. Unlike many other nations, Russia does not back down or comprise its standing…In other words, they do not play ball, not with the U.S., the EU, Turkey or the Islamic State.

Putin, although he has his own objectives, are forging alliances in Europe. They have no interest in waging war against nations that are in the midst of destroying themselves, despite what we are led to believe. Russia may humour Turkey. They may feign diplomacy, but in my opinion, they understand that Turkey values no other interests than its own.

When feminists run scared, that’s the time when men should worry…When the most vocal, in-your-face critics fall silent, something big is about to hit. Massacre after massacre, more women submit to the idea that Sharia Law is not such a bad thing…Yet, what they truly are is overwhelmed by the situation. Giving a blackmailer what they want is never an option. They’ll always come back, asking for more…until there’s nothing left to take. When our leaders and the media are silent about the rape culture that we lived in even before the migrant crisis, we should not be surprised that if the situation worsens, they will continue to breeze over the issue.

Angela Merkel and Theresa May view themselves as being above the sexual harassment and abuse that is committed against all womankind with every passing day, when no woman should. A violent crime against one man, women or child is a violent crime against us all, regardless of our colour, creed or race.

However, the time has come, when women are no longer safe in certain areas in England, Italy, Germany, Austria, Switzerland and Sweden… The messages across Europe were crystal clear: Subject to Islamic Law. Threats to sell only Halal, not to take dogs to public places as they are ‘unclean’ and “whoever doesn’t wear a burka is asking to get raped”. These messages, which are popping up all over the place, are designed to drain funding and spread fear. The more power they can take and fear they can spread with such religious extremism, the more they are able to change any other way of life.

Side-Note: White women in burkas may be granted a few exceptions, but they still draw too much attention. They are still unable to reject sexual advanced without physical assault…and execution in front of Sharia Courts for adultery when the sexual assault is not witnessed and testified to by 4 men.

This site uses Akismet to reduce spam. Learn how your comment data is processed.